Our first full calendar year is almost done here at Solid MFG. So, to celebrate, I went back through the list of jobs we printed in 2012 and picked a bunch out for top ten list. I wound up with way more than ten, so I present to you the alliterative Twenty-Twelve Top Twenty -Two!

This is only a smattering of the awesome stuff we did. The list includes the projects I enjoyed working on the most... either because the music ripped, the artwork was awesome, or the customer is just plain fun to work with. 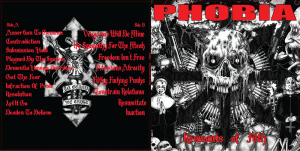 Did this Phobia LP jacket, insert, and huge poster for the legendary Deep Six Records. Very cool that this classic grind band is still grinding. I grew up buying a lot of different stuff on Deep Six, so I was especially pumped to work on this release. 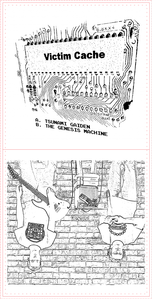 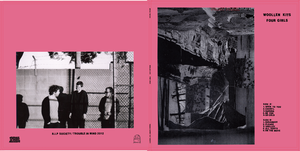 Trouble In Mind Records is one of the more prolific labels we work with. I mentioned to Bill that my girlfriend was really into Wollen Kits and BAM! Just days later, the 7" and CD showed up in the mail. After we printed and shipped the LP Jacket BAM! again. A few weeks later the LP showed up. I'm really glad to have hooked up with Bill and Lisa from Trouble In Mind this year - great people and a great label. 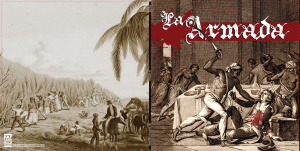 We've done two printings of the La Armada "s/t" LP for Memphis, TN's Fat Sandwich Records. The band, originally hailing from the Dominican Republic, has been touring the U.S. nearly non-stop since recently relocating to Chicago, IL. Cool release! Check it out here. 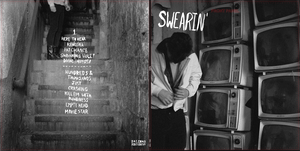 Detroit, MI's Salinas Records issued the debut LP by NYC/Philly's Swearin' in June of this year. Good stuff! Check it out here. Or better yet, pick it up here. 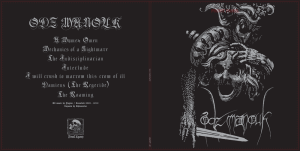 California Black Metal on the awesome Final Agony record label from Los Angeles. Originally released on cassette in 2010 and reissued on LP with sick packaging in 2012. The record is beautiful heavy black vinyl in solid black dust jackets. We printed the LP Jacket on extra heavy stock, solid black on the inside, and black with metallic silver on the outside with a U.V. Gloss. Killer! Check out a track from the album here. 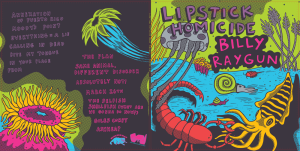 The Lipstick Homicide / Billy Raygun split 12" is a ripper of a split, with killer artwork by Bill Pinkle, put out by the awesome John Wilkes Booth Records along with Bloated Kat Records. So ripper in fact that it was pressed twiced... so far! We liked it (and David from JWB) so much that we picked some up for the 86'd Records distro. Alas, it's not listed yet, so pick it up here. 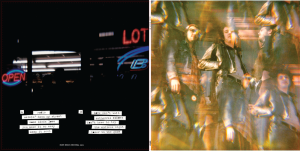 It was pretty cool to be able to do this jacket. We handled the first pressing, which was self -released by the band, before being issued by Other Music. These dudes are originally from Long Island, so it was cool dealing with drummer Ryan Naidau on getting this jimmyjammer set up. And hey, that reminds me: Check out Ryan's little brother's band Giant Peach and his record label Life on an Island. I like 'dem Naidaus. 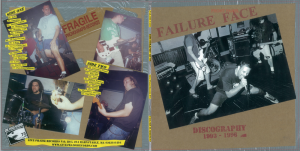 This is the discography for killer fast and screamy 90s hardcore band Failure Face from Brandon, FL. The record was issued by the mighty Give Praise Records. I first heard Failure Face on their 1994 split 7" with Ulcer - a record I've worn well over the years. Hearing the rest of this stuff definitely doesn't disappoint! Stream some tracks here. Pumped to have worked on this release and nothing but praise for Give Praise Records. 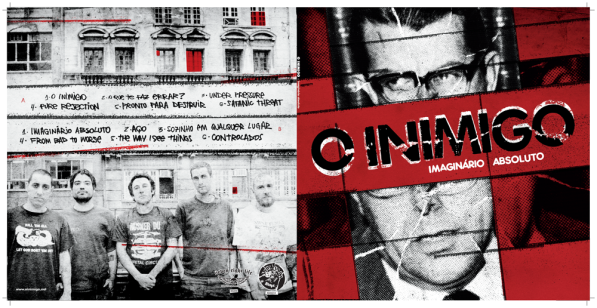 O Inimigo is a longrunning hardcore punk band from Sao Paulo, Brazil. This LP was issued by Nada Nada Discos (Brazil) for their 2012 US tour. Ripper stuff and a cool layout. We're very proud to have been able to be a part of this release in our small way!

Check back in a coupla days to check out #11-#1 on my Twenty-Twelve Top Twenty-Two. Stuff from Sick Sick Birds, Bastard Noise, Mauser, and more!