Here's the conclusion of the Solid MFG's Twenty Twelve Top Twenty-Two! This time we count down from #11 to #1. After going through these I realize I'm showing my age here a bit - as a good number of the records are either reissues or bands made up of oldies like me.

I'm looking forward to more good stuff in 2013. We've added a bunch of new products to the site - so next year should bring some more 10"es and 7"es to the list.

If you missed the first half of the list, you can check it out here. 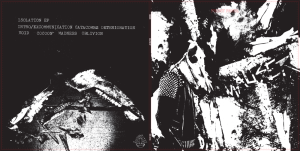 Mauser needs neither explanation nor justification for being on this list. See here. Vinyl Rites is record label and shop located in Gainesville, FL. Dan, the man pulling the strings behind the curtain, was one of our first customers starting out and for that his label will always hold sway over our hearts. 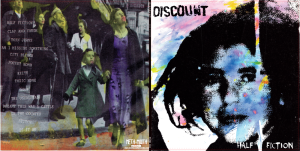 This is a reissue of the classic 1997 album by Florida's Discount. The reissue comes courtesy of Meth Mouth Records. 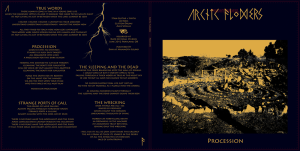 This is the 5-song EP that the band self-released for their Summer 2012 tour. Totally ripper female-fronted four-piece from Portland, OR. Arctic Flowers plays awesome peace/anarcho type stuff with deathrock elements. This was recorded at Buzz or Howl Studios and mastered by our bud Dan Randall at Mammouth Sound. 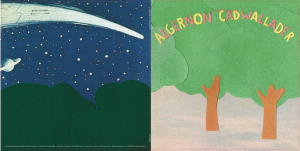 I first came across Algernon Cadwallader back in 2008 when they pressed up CDs for this release at the old CD replication place I worked at. I've kept in touch with the prolific Peter Helmis over the years trading records and letters. This is one of my favorite albums of the past bunch of years and I'm psyched to have had a part in the vinyl pressing, now in addition to the CD! 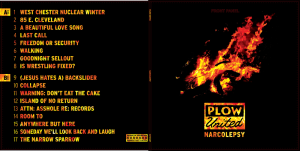 One of my favorite records from the late 90s is back from the dead, courtesy of the Lehigh Valley's favorite son Chris Reject, over at Square of Opposition Records. I first heard Plow United sometime in 1996 when they played a pizzeria in Levittown, NY. I picked up the awesome "West Chester Rock City" EP. Years later - just before they broke up - they played Cedar Beach in Mt. Sinai, NY. It was before "Narcolepsy" was released, but they played a few songs off the album including the cover of Billy Bragg's "Island of No Return." Helluva show. Helluva band. Download the album for free here.

There was so much good stuff on Dirt Cult Records this year. For me, this is the album that was stuck at the top of the heap. This is the second full-length from Northern England's The Magnificent. The whole thing is perfect. I could describe it to you, but why? Check it out here. Aside from Dirt Cult, this record was released and distributed internationally by Drunken Sailor Records and Just Say No To Government Music in the UK, and Eager Beaver Records in Japan. Can't wait to see what these dudes do next. 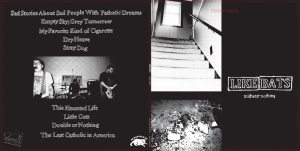 It was probably inevitable that I'd get into Chicago IL's Like Bats, but it took a while. And it was all my fault. I first saw them in March of 2011 when my band played with them in in Boston, MA for Smash It Dead Fest. I missed their set but picked up their 7". In the midst of moving places I never played it. Almost a year to the day later I got my first order for LP Jackets from John Wilkes Booth Records... It was for Like Bats "Midwest Nothing." As luck would have it, my band played with them again a few months later in August on Long Island. This time I caught their set and it was killer. I even caught some of it on video. I gushed to the band, picked up the LP, and it's been love ever since. 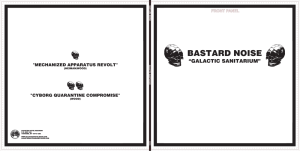 We did the jackets and inserts for this one and couldn't be more psyched about the whole thing. I've been a servent of the skull since hearing Man Is The Bastard for the first time on the awesome Anger and English compilation 2x7" issued by Long Island label Framework Records sometime in the mid-90s. All these years later it's awesome to have printed the jackets and inserts for Bastard Noise's "Galactic Sanatarium." The release was issued by the ever-cool Yonkers, NY based Haunted Hotel Records and limited to 300 copies on purple vinyl. 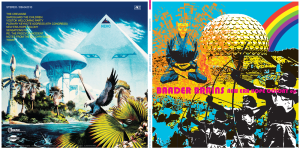 This is one of those releases that I'm just plain proud to have worked on. The LP jacket was printed full color on extra-heavy stock with a matte U.V. finish and inside black & white printing. The inner sleeve was full color coated stock with a matte U.V. finish. Aside from the stuff we printed, the release also included a poster and a sealed letter to the listener. I worked closely with Spencer from the band to make sure all the templates, colors, etc. came out exactly as the band intended. Released by Clean Plate Records and Ebullition Records. 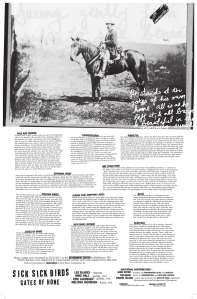 We didn't do the jackets on this one, but we were lucky to sneak in and print up the inserts for the awesome Toxic Pop Records. I have a track-by-track album explanation feature laid out and waiting for release in the oft-mentioned but still-forthcoming 86'd fanzine. I loved this record all year long. If you did a job through Solid MFG in 2012, I was probably listening to this record while I worked on your proof PDFs. You can stream Sick Sick Birds "Gate of Home" here. 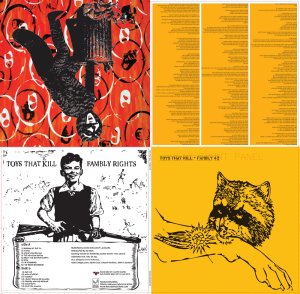 I bought my first punk record on vinyl sometime in 1995. It was the Propagandhi / I Spy split 10" issued by Recess Records. It wasn't long before I was buying more and more records from the prolific label - including, of course, label-dude Todd Conglierre's band F.Y.P. When I started releasing records for Long Island punk bands later that same year, I'd be lying if I said Recess Records wasn't one of the inspirations. I've been manufacturing stuff for Recess since sometime around 2005 - first doing CD replication and now record jackets. Recess Records and the way Todd goes about creating and releasing music remains an inspiration. Oh, and this record rips just as hard or harder than all the awesome stuff Todd and friends have done before... F.Y.P, Toys That Kill, Underground Railroad to Candyland, Stoned at Heart, and the solo stuff!

Thanks for reading! Come back next year!