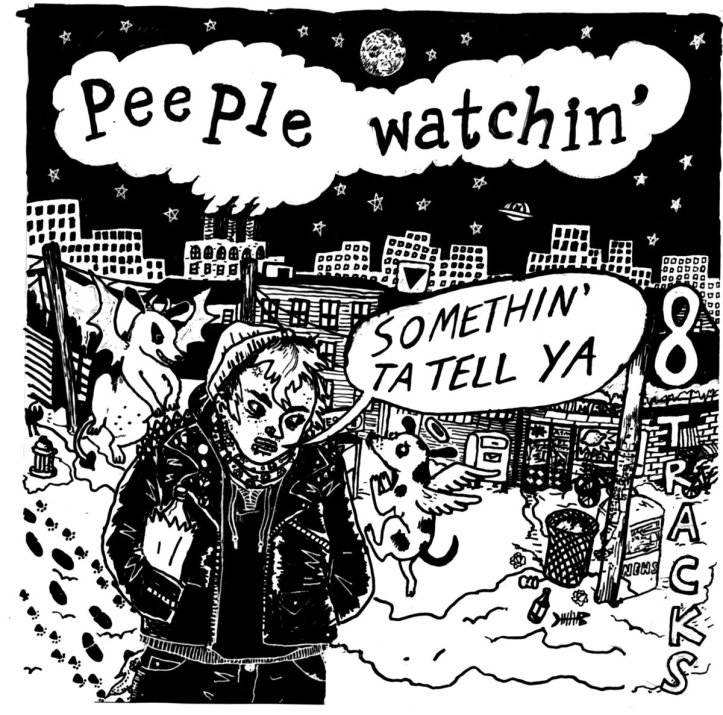 Just wanted to do a quick update about about Boston, MA's Peeple Watchin' as they just posted their new record as full album stream. We did a couple of records on 86'd for the guitar player/singers' old band The Credentials. After that band broke up Peeple Watchin' popped up first with a demo, then a split 7"with Nona and now the LP "Somethin' Ta Tell Ya" which you can stream below...

The LP is being issued by Nervous Nelly Records which is run by the ever-cool Brian Thompson formerly of the band Dead Uncles (whose posthumous LP will be out on 86'd sometime in 2013). We're printing the LP jackets here at Solid MFG on a nice brown chipboard which should look super-good.