Interview with Micah from Unwelcome Guests about Songwriting 31 January 2013 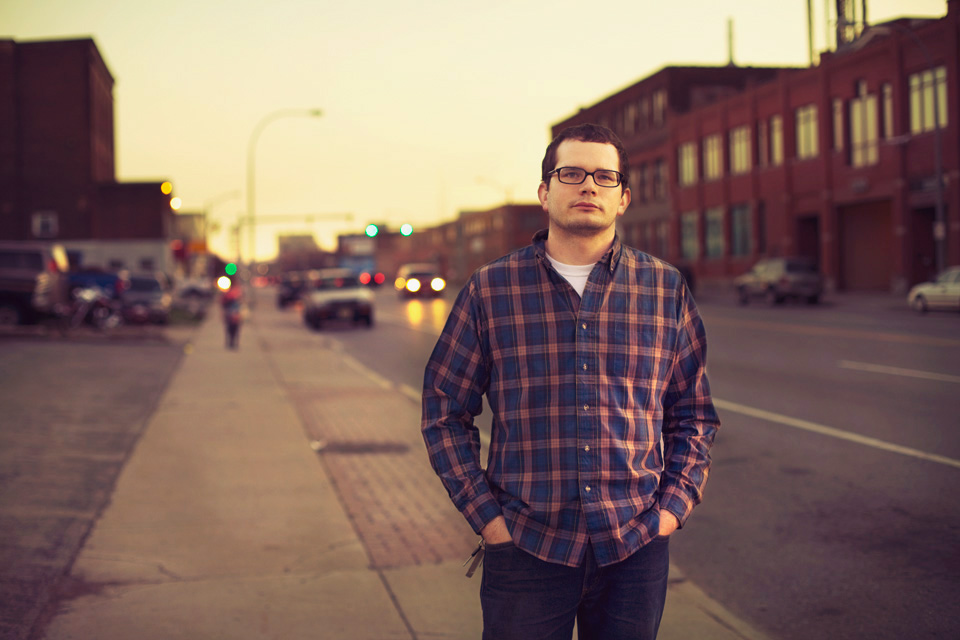 Here's an interview with Micah from Unwelcome Guests. From the cancelled issue #1 of Eighty-sixed Fanzine.

Stephen Schmitt is a totally sick guitar player. I don't really have a question.

It’s true, he is one of the best musicians I’ve ever known and I’m incredibly lucky to play music with him. He also plays piano, mandolin, steel guitar and pretty much any other instrument that he’s given a couple minutes to mess around with. On top of all that he’s the most wonderful person I’ve ever known, zero faults to that guy.

How'd you get into writing songs and being into punk and stuff?

It was probably 10th grade when I started hanging out with some kids who identified with punk. Jesse was the Social Distortion, leather jacket type and the other, Alex, was the DIY, Fifteen and Crimpshrine type. They played in a band together called The Young Ones and I’d go to their shows at a community space called Cobra La. Their drummer, Steve, was cool but it later turned out that he was a closet Jazz guy at heart. I don’t know what I would’ve done if I didn’t meet them. They showed me a world outside of Great Valley and I owe them more than I can really comprehend.

My first band started shortly after graduating from high school and it was called Slaymaker’s Bull. The band was Jesse, Steve and Colin (who were all ex members of The Young Ones), along with me on barely competent rhythm guitar. We played super sloppy and kind of fun pop punk stuff. Jesse wrote lovely songs like “Frat Boy Motherfucker,” “Fuck the Scene” and the pretty ballad “Gut Full of Beer.” I wrote a few songs which were always a bit on the overly serious and angsty side; one song was called “Damned to the End,” and another was unfortunately called “One of These Days.” We argued a lot because of, ya know, artistic vision. Oh, I did write “Goin’ Drinkin’” which was a ska song about getting drunk. The truth is that neither one of us wrote anything worth hearing in the entire duration of the band.

At some point Jesse kicked me out of the band because I couldn’t play guitar well enough, which was true. I kept writing songs and listening to folk music and Jesse’s band eventually fell apart. Colin and I started playing acoustic shows around campus under the name Unwelcome Guests, which is taken from a song title on the Billy Bragg and Wilco Mermaid Avenue records where they used Woody Guthrie lyrics. A friend of ours, Jay Sallese, recorded an EP which we called Hollywood. From there we put together a full band, recorded some more and then moved to Buffalo in 2004. Shortly after that Colin moved away and the current lineup of Unwelcome Guests which is Zac, Chris, Steve and I was formed.

What's the process of writing songs for Unwelcome Guests like? I know on at least a few of the releases the songs are credited as being "written by Micah Winship and Unwelcome Guests."

In the eight or so years that we’ve been a band we’ve kind of developed a formula for writing songs. I write the chord progression, melody, lyrics, and a lot of the bridge parts, etc. but once I bring it to practice it almost always becomes a completely different song. That’s why I put “all songs by Micah Winship and Unwelcome Guests” in the liner notes. I put a lot of work into writing songs and, since I’m not the greatest guitar player or singer, it’s kind of all I have to offer and I want to credit myself appropriately. To hear how incredibly different the songs become is a bit jaw dropping to me so I feel like the song writing credit works that way.

There have been a few instances in which we wrote things differently. “Put Down Your Gun,” the first song on the Painter EP, was written by Steve and I. I had the lyrics but hated the chord progression and general feel of what I had going on, which was a slow country ballad. I sat down with Steve and he came up with the verse progression and it took off from there. Chris comes up with some parts once in a while in practice that really change songs for the better, like the descending part in “Patience.” Zac’s steers things in his own way too.

Are there any songwriters you try to emulate?

I try to avoid emulating or ripping off any songwriters but it’s impossible to hide what you’re listening to when you write songs. I, of course, love Paul Westerberg, and the Old 97’s have been a huge influence on me. While writing Don’t Go Swimming I was listening to a lot of Smog and Bill Callahan. The whole standing on the shore idea is certainly born from me listening to A River Ain’t Too Much to Love. I’d also say that I’ve never fully escaped the Social Distortion and Screeching Weasel influence. Mike Ness is an embarrassing cartoon character but the self-titled record and White Light, White Heat, White Trash were a big part of my life. Ben Weasel, well… let’s not even get started on that guy. I’ve only, within the last year, really gotten into Hüsker Dü which we get compared to sometimes, so maybe that’ll affect our next record, who knows. As a band, we all look at Frank Black’s Show Me Your Tears and American Steel’s Jagged Thoughts as being great.

What's your writing process like? What are you writing now?

I feel like I’ve had writer's block for the last year or so but I now think that I was just too busy with school stuff. I recently finished my four year degree after dropping out back in 2004. I’ve already started writing more and even began a writing project with my friend Bill who is a photographer. He sent me a picture and I sent him a recorded song in response. He’ll be sending me a photo based on the song soon which should be interesting. I don’t’ know, it’s fun to write songs and sometimes it just takes a new project or an inspiring friend to keep you going. I’ve read enough songwriter interviews to realize that everything I can say is a cliché but there are just some common truths to songwriters. At this point, I write songs and play music because I need to; it is necessary in keeping me sane and happy. A good band practice can keep me happy for weeks and a bad band practice can do the exact opposite. It’s a really frustrating and sometimes awful world that we live in, and having the ability to distract yourself or medicate yourself with something that isn’t harmful is priceless. I can’t imagine where I’d be if it weren’t for going to Cobra La when I was a teenager and for that reason I feel like every town and city should have a common space for kids to get together and work on creative projects. It’s also why it’s so god damn infuriating that parents and dumbass community members try and shut down show spaces.